Google vs Yahoo vs Bing: 3 Search Engines You Should Know About Online searching has become the norm today. Since the commencement of earliest search engines such as Archie, Veronica and Jughead, VLib and Excite almost a decade and a half ago – which offered only basic functions and search queries – there has been advancement in the search engine industry which has led the way to the development of immensely sophisticated search engines like Yahoo, Bing and Google.

Search engines today are vastly different from those of yesterday’s in that they have redefined their purpose and usage. Today, for most of us, search engines are inbred and inherent to our lives. While using the internet in general, it is only natural that you use search engines to acquire information, whether it is to search for potential job opportunities, online shopping, obtaining facts and figures for your boardroom meeting, or perhaps, just for entertainment and recreation purposes.

This article will compare the three most popular search engines today, but first, we will explain what is a search engine.

Search Engine: What is it?

A search engine is a robot-like program which is used to search the web. These automated programs are also called spiders and crawlers. Based on the keywords that the researchers use, search engines search the databases which includes various internet sites to deliver you with the most relevant and pertinent results on the search engine result page (SERP).

While Google is indeed a household name, Yahoo and Bing are not far behind. All three are very different from each other in terms of the value and quality that they deliver to their users. With each of them offering different features and efficiency levels, it is difficult and confusing for users to decide upon the best.

Following is a concise yet useful study of each of the three search engines to help you determine which one offers the best value for you.

With an astounding market share of around 69%, one may say that Google is indeed leading the search engine race. It is the primary choice of search engine for most of the users today. This is not to say that users don’t access Yahoo or Bing – they do, but most of the time it is due to the reason that they are unable to gain accessibility to Google.

Ever since being founded in 1998, Google has upped its game through constant upgrades to its relevancy algorithms and numerous other features – thereby, making it extremely tough for other search engines to compete with it.

Furthermore, Google displays results on its SERP by assessing the authority of the sites. It determines authority of a site by taking into account other websites that are linking the site. Thus, when it comes to obtaining validated and trusted results, Google wouldn’t disappoint its users. Also, Google’s crawlers are expert when it comes to distinguishing between a valid link and an artificial link. Over the years, it has upgraded its algorithms, thereby turning its focus to valuable and quality content rather than promoting well established links and pages, like Yahoo does. Though this might be debatable but the general consensus is that Google gives start-up websites and blogs an opportunity to build their links naturally. As long as you deliver quality content which potential users may find highly relevant, Google will display your link on its SERP.

Apart from having an extraordinary strategy of displaying the most valuable and relevant content on its SERP, Google is extremely user friendly as well. With features like Google Instant, it delivers results very quickly, without users having to press enter when typing their search query.

Google has also enriched the user experience by offering countless vertical searches. Its homepage offers features like news, images, web, email and much more which allows users to narrow down their search accordingly. Google Scholar is another feature that makes it immensely popular among users. This program allows them to effortlessly conduct scholarly research. Similarly Google Books, Google Blogs and Google Videos – all serve as specialized search services by Google, making Google search engine extremely useful and relevant for users.

Another thing that makes Google a widely popular search engine are the answer boxes and knowledge graphs it shows for common search queries on top of the SERP. It also displays right column previews for many search queries which displays relevant information.

Thus, with so many benefits it offers to users and bloggers alike, it comes as no surprise that Google has become almost synonymous with web surfing.

Having been launched in 1995, Yahoo! has been in the search game the longest, compared to Google and Bing. Though, during its early years Yahoo! used search results from other web crawler, it started its own indexing and crawling in 2003. While it may not seem so threatening, Yahoo! is Google’s biggest competitor in the search engine industry. Especially, since Yahoo! formed a partnership with Bing in 2009 (making its internet search powered by Bing), the combined forces of Yahoo! and Bing pose serious threat to Google.

Lately, Yahoo! has been making a lot of changes and upgrades to its search engine algorithms. When it comes to indexing websites, Yahoo! is quite good at it.  However, it still tends to favor old and established web pages compared to new sites on its SERP. Also since Yahoo! has a lot of internal content on the website through its paid inclusion program, the search results it displays tends to be biased as it redirects searchers to its own content. This practice might compromise the relevancy of the results, which users find decidedly unacceptable.

In terms of how apt results it delivers to users when they type their query in the search box, it turns out that Yahoo! focuses more on matching the texts, rather than scanning the content to determine its relevancy. Thus, it is safe to assume that Yahoo! doesn’t deliver the most relevant results; however, those sites and web pages displayed on the SERP may then link to the right page.

While Yahoo! may not be on the top of its game when it comes to generating highly relevant and high authority results, it certainly has a very interactive homepage. Since it’s regarded more as an internal portal, its homepage includes a wide range of features like news, shopping, travel, Tumblr, sports and much more. These in-built features on the homepage are a form of vertical search results, allowing users to narrow down their search within a specific category, as well as connect with the world rather easily.

However, when compared with Google’s right column and answer boxes, Yahoo! fails miserably. Even so, many users, bloggers and new site owners find it very useful. Their point being that, though Yahoo! places old sites high on the ranking system – it is no way near Google, which places much higher ranking to old sites on its SERP. Thus, to them, there is a much better chance for new site owners to appear on Yahoo’s SERP than on Google’s.

Powered by Microsoft, Bing launched in 2009, making it relatively new to the search game. However, they do have some experience as it existed as MSN Search back in 1998. Since then, it has evolved into a better and smarter search engine.

While Bing may not have as sophisticated a search engine as that of Google’s, it attracts users by displaying an extremely bright and interactive homepage. Various articles and news are immersed in its homepage in order to entice users to click on the links.

Moreover, it is not at all difficult to get a ranking on Bing’s page. As long as you use focused keywords for your heading and content, generally, you are set to appear on the SERP. However, while this may be a great feature for new site owners and bloggers to gain visibility, users are not likely to be too happy with the search results. This is because Bing doesn’t care if the sites they are ranking on their SERP have high authority links or not, thereby compromising the relevancy of the result as well as making users question the authenticity of the site.

Also, since Bing is relatively new, it doesn’t have a great indexing and crawling system compared to Google and Yahoo. As a result it isn’t able to effectively distinguish between authentic links and artificially generated ones. On the other hand, when it comes to handling and managing search queries, Bing, like Google, is much better than Yahoo at decrypting the meaning behind the search query. Thereby, to an extent Bing does try to provide the most relevant results.

So, if you are able to create a highly focused web page, there is a good chance that your content will appear on Bing’s page. Also, it is the search engine used by iOS to power results for its famous app Siri.

Search Engines: How to Choose the Best

All three search engines offer different results because of the varying ranking system even if you type in a similar query. One cannot simply make a sweeping statement telling which one is the best. Rather, you need to choose for yourself as to which search engine best serves your needs and requirements. Our New York Data Experts rely on the results showing from each search engines to understand algorithms.  While it is not an easy task to choose the best search engine with all of them offering all sorts of different benefits, you can use the following criteria to determine the best for you.

Relevancy – are the search results relevant to your query?

User-friendly – how easy is it to navigate and understand the results?

Customizable – is it possible to get rid of useless results by narrowing down your search?

Expeditious – how long does it take to load the results?

Google, Yahoo and Bing, all are yearning to capture a greater market share which keeps them in the constant flux of making developments and improvements to their search engine so that they stay ahead of the game. For now, however, Google seems to be the most efficient and in-form search engine  having aced almost all of the above mentioned criteria with flying colors. Nonetheless, if you are working on improving your website’s ranking, you need to concentrate on all and not one. 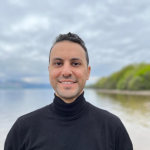 Survive and Thrive In A Depression Where To Market In A Recession